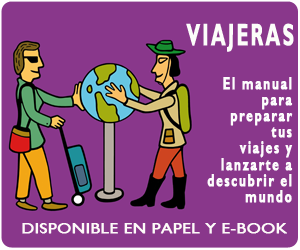 Published by anapiccola on September 21, 2008

Last week has been one of the most tumultuous chapters in financial history. Black Monday. News about Merrill Lynch and Lehman Brothers bankruptcy filled up all kinds of Media. US capitalist system allowed the collapse/sale of these two free-

standing investment banks. If you’re not strong enough to stay in business, you shouldn’t be in business. Nevertheless, the government decided not to afford AIG’s fail, and carried out the strongest intervention in the economy since the Great Depression. Wall Street faces a crisis unseen for decades. Black September.

Yet, all these financial moves have been somehow predictable, and not as shocking as the phenomenon that has really caught my attention during the week: SEX as a best seller.

I have just come across this book that is setting up new trends among -basically- Spanish speaking male population: Sex Code, by Mario Luna. Supposedly, it turns men into experts at seducing women just by following the author’s Method. 700 pages containing all kinds of infallible recipes to become a pick-up artist. WOW.

Temporarily out of stock in Amazon. Sold out in El Corte Inglés. Just a few copies left in main bookstores’ shelves. Lectures, courses and seminars are being given in major cities for the public willing to pay 150€ (starting price) for a master class on the art of seduction. Good luck, guys!

Being hilarious for some readers, ridiculous for others, a holy bible, just crap or a great manual on self-confidence, the truth is that this book, a re-make of Neil Strauss Methodology, is becoming a BIG hit in the market. Ladies beware! ;-P